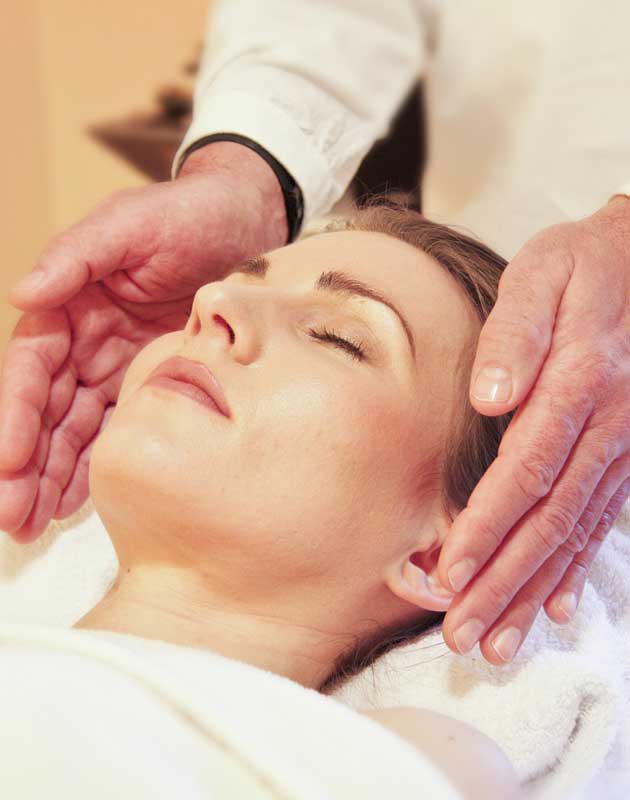 What is Reiki?
Reiki is a form of healing using energy and the name ‘Reiki’ translates as ‘universal life energy’. The therapist channels this energy to stimulate the energy centres of the client being worked on. Where the energy level is low, it represents an under-functioning part of the body. By stimulating this energy to its’ proper level, wellbeing is restored to that area.

Where does Reiki come from?
Reiki is attributed to a Japanese man called Mikao Usui (1865 – 1926). He trained in a Buddhist temple from childhood where he became proficient in several martial arts. As an adult he travelled extensively to China, America and Europe and was subjected to many social and cultural influences. He also studied keenly, including eastern and western medicine, numerology, astrology, psychic and clairvoyant development, and trained as a Zen Buddhist monk.

The Reiki therapist will channel energy to each of the body’s main energy centres (or chakras) in turn, starting at the head and working down to the base chakra in the base of the spine. This will be repeated on each side of the body.

Although Reiki is regarded as a ‘hands-on’ treatment, I normally work with my hands several inches away from the body, only touching the shoulder when it is time to turn over and touching the feet at the end to ground the client. This helps reduce disorientation after the treatment.

The treatment may continue to work for up to ten days afterwards.

What are the benefits?
Reiki works on spiritual, mental, physical and emotional levels and doesn’t contradict any religious creeds, so it is suitable for people of all backgrounds. There is a certain amount of crossover with massage (and other techniques) to clear muscular pain, but it can also locate and address underlying issues for more serious problems.

As Reiki does not need physical touch it is useful to people who cannot be touched because of physical problems (eg, hypersensitivity), psychological reasons (eg, extreme shyness), or religious reasons.

Reiki is truly a therapy for all people! If you would like to find out more about how Reiki can help you please contact mel 01252 596678

This site uses functional cookies and external scripts to improve your experience.

NOTE: These settings will only apply to the browser and device you are currently using.